“Romano’s Saranac Lanes & Family Fun Center” was established on September 25th, 2006 by Jeff & Cathy Romano as their “retirement venture.” Jeff who retired from the New York City Department of Corrections after spending 20 years as a Rikers Island Correction Officer stated, “I ran a 32-lane bowling center in New York City for over 20 years, and it was a life-long dream to own my own.” Thus, in 2006, Jeff and Cathy along with their two beautiful daughters, Elizabeth and Katie, relocated to the historic village of Saranac Lake, New York to follow their dreams.

Elizabeth is 20 years old and currently majors in Fashion Merchandising at the Fashion Institute of Technology in New York City. Her plans are to become a makeup artist for film and theatre. Presently, Elizabeth is working as an intern at Walt Disney World in Orland, Florida and will complete her internship in January 2013.

Katie is 18 years old and graduated with her Regents Diploma on June 22nd, 2012 from Saranac Lake High School. She will be furthering her higher education at The College of Saint Rose in Albany, New York his coming fall where she will be majoring in social work and minoring in music.

Cathy is currently employed by Adirondack Medical Center in Saranac Lake, New York as a Site Operator in the Health Information Management Department. When not working at AMC, Cathy diligently works side by side with her husband, Jeff at their establishment ensuring all operations and their most valued employees are properly managed. When asked her role at Romano’s, Cathy looked at her husband and stated bluntly “I do nothing, right Jeff?” Cathy is President and CEO of Romano’s Saranac Lanes & Family Fun Center.

Jeff, as Manager of Romano’s Saranac Lanes & Family Fun Center, works long hours daily not only to improve the physical site but to oversee their many bowling programs, “Romano’s Sports Bar & Grill”, and all other facets of their business to ensure best prices and quality products as well as “outstanding customer support and service” for their many adoring patrons. Not only is Jeff busy as a husband, father, and business owner, but he has been employed the last six years by North Country Community College as a Sports & Recreation Management Adjust Bowling Instructor. Fondly known by his students as “Professor Jeff”, he instructs his students in the art and sportsmanship of bowling during fall and spring semesters.

Jeff’s long bowling history began at the age of 6 years with his beloved father. He bowled recreationally until his high school years when he became an avid member of the LaFayette High School Bowling Team in Brooklyn, New York. They won their first NYC Championship in 1981. Jeff’s average in high school was over 240. Jeff was the first high school bowler in New York City history to win the prestigious “Iron Horse” Medal which traditionally was given to football, baseball, and hockey, and hockey athletes.

After high school, Jeff continued to bowl in Amateur Bowlers Tournaments for a few years which gradually led to touring with the PBA Regionals for six months. This phase of Jeff’s bowling career was cut short when he was accepted into the NYC Department of Corrections in 1986. Jeff continued to bowl several nights a week as a correction officer in local leagues alongside managing part-time for over twenty years the Shell Lanes — 32 Lanes — in Brooklyn, New York.

Since purchasing and reviving “Romano’s Saranac Lanes & Family Fun Center” in 2006 with modern equipment and AMF 90 XLI machines, Jeff has continued to bowl recreationally in local leagues and regional tournaments as well as professionally as a teacher. Jeff’smost recent prestigious bowling award came on his 22nd wedding anniversary to his lovely wife, Cathy, this past September 9th, 2011 when he bowled his 826 series and was awarded his “800” ring by the BPA. His current average is 230.

In reflection of their first six years in business, Jeff and Cathy hold extreme gratitude and appreciation for their valued patrons and the Tri-Lakes communities who have made their “retirement venture” a success. When asked “What?” their projections and future goals are for their business, they simply stated. “To see growth in the sport of bowling for both the youth and adult leagues through increased community involvement as well as local area improvement with the addition of the Adirondack Carousel!” 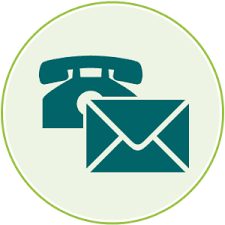